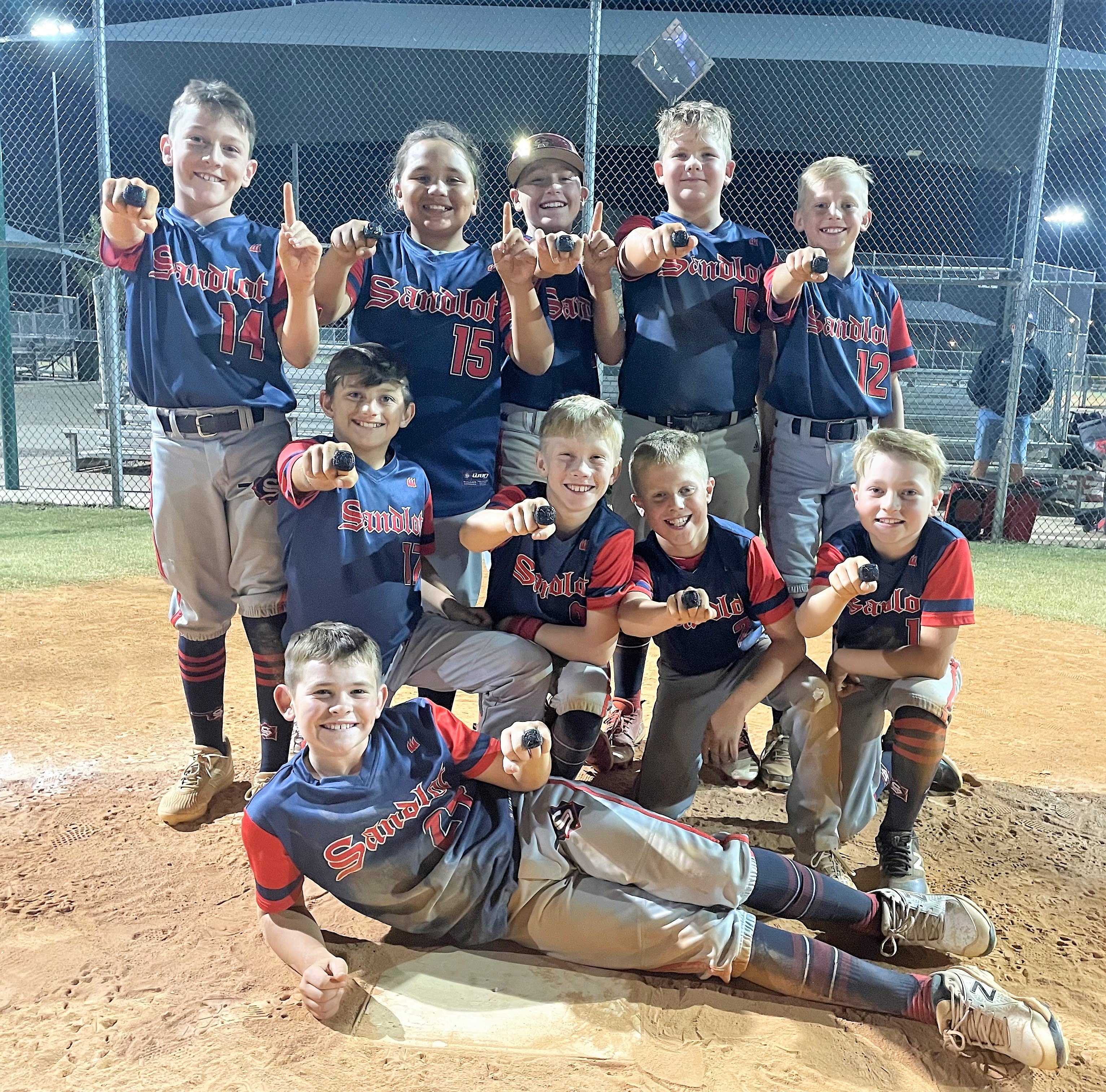 The OKC Sandlot 11U Zmek/Mayhew team played in the Moore Fall Classic over September 24-26, 2021.  The boys went 4-0, rallying up 35 runs over the weekend.  The crew claimed a 8-6 victory in game 1 and an impressive 15-3 victory in game 2 of pool play.  Going into brackets, the guys played hard with a nail biter of a game, winning 4-3.  The boys worked hard and found their way to the championship game in the Gold Bracket.  The base paths were crowded in the final game- going into the final inning the boys found themselves down by 5.  The team’s comeback was of epic proportions, bringing in 6 runs in the last inning with 1 out to win the championship!  The boys won with a suicide squeeze- well done!