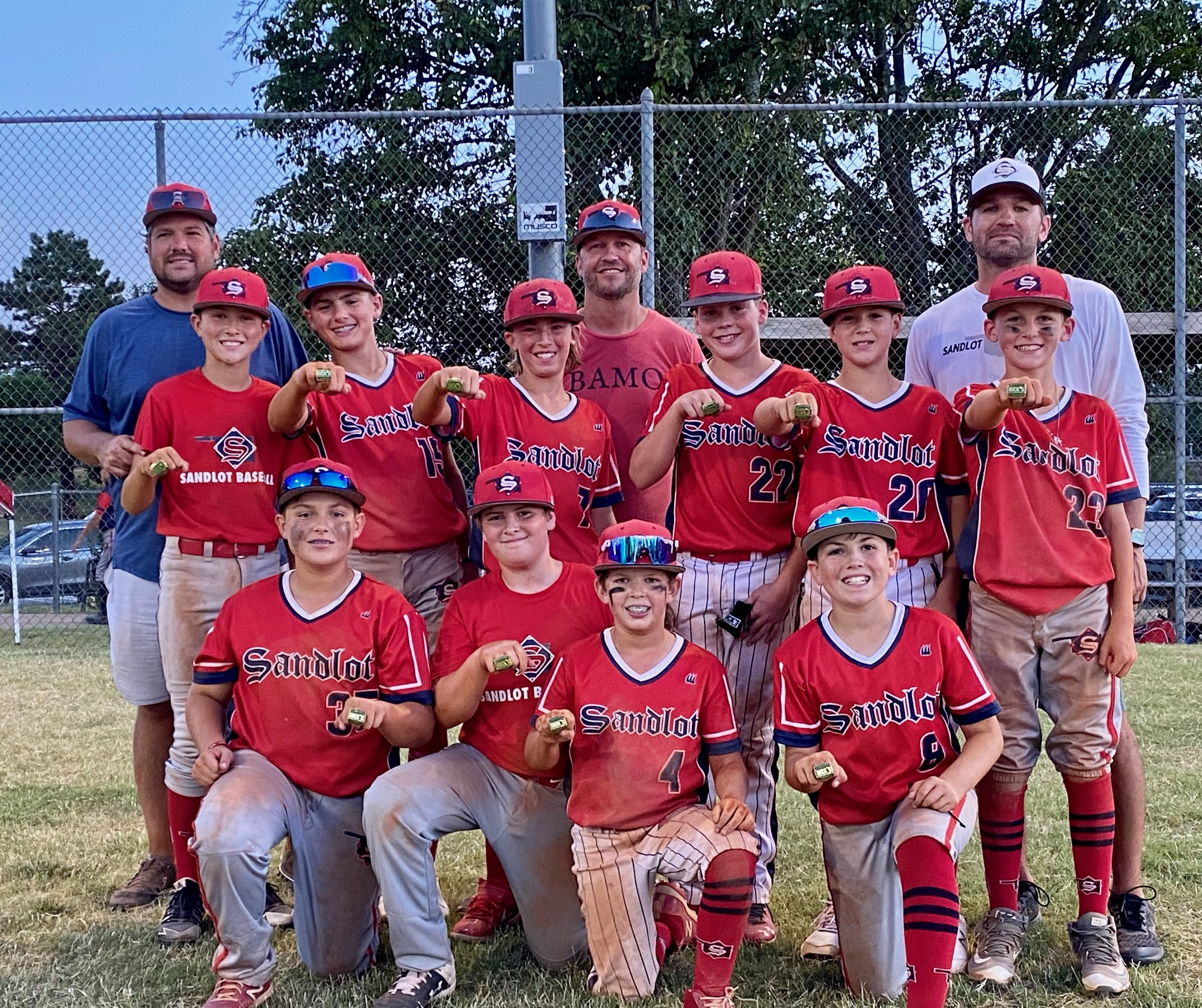 The OKC Sandlot 12U Blue team played in the Fall Kick-Off tournament in Edmond, OK this past weekend.  The guys started the weekend off destroying their first opponent driving in 11 runs.  Game 2 was intense as the other team gained momentum in the 4th inning, forcing Sandlot to come back and end in a tie!  Newcomer Kai took the mound in game 3, crediting the victory in a 8-7 win with help from newcomer, EJ to finish the game.  The boys earned their way to the championship game, pitching was on point and bats were on fire!  AJ earned the win for the team, the bulldog went 4 innings, allowing 2 runs on 2 hits, and striking out 3.  Combining those hot bats and quick feet, the boys totaled 9 hits and 7 stolen bases to take victory 10-2 in the championship game!