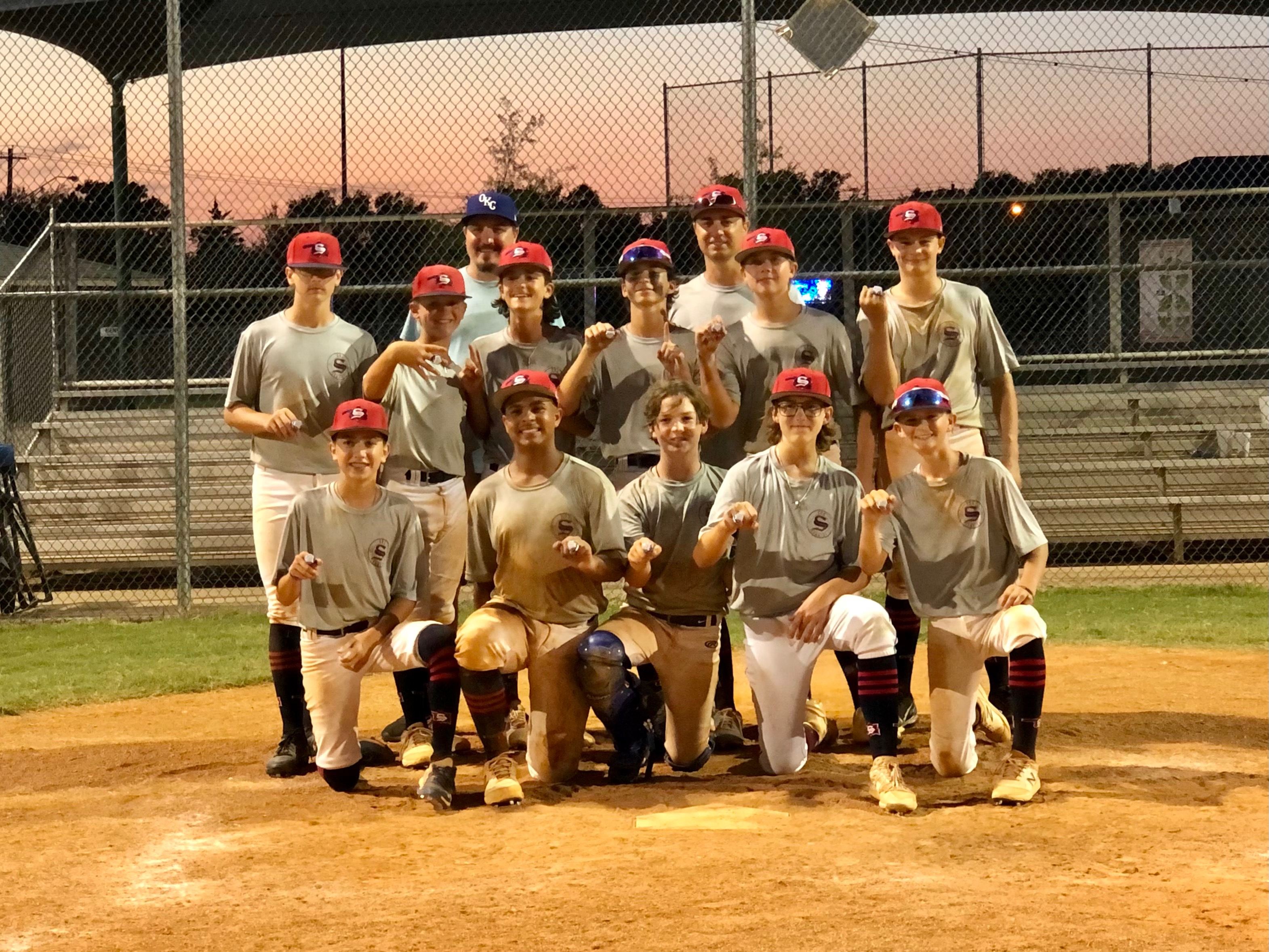 The OKC Sandlot 14U-Parkhurst team played their first games together as a team this weekend in the Back to School Bash 14U Open in Moore.  After knocking off the rust and first game jitters, this crew got rolling and never looked back.  Battling their way to the championship game to face the Extra Effort 14U team, the boys walked off in victory.  Finishing the game 4-3 and going 5-1 over the weekend, the Sandlot boys proved they are here to compete!

We expect great things from this talented group of young men and cannot wait to see them compete again.