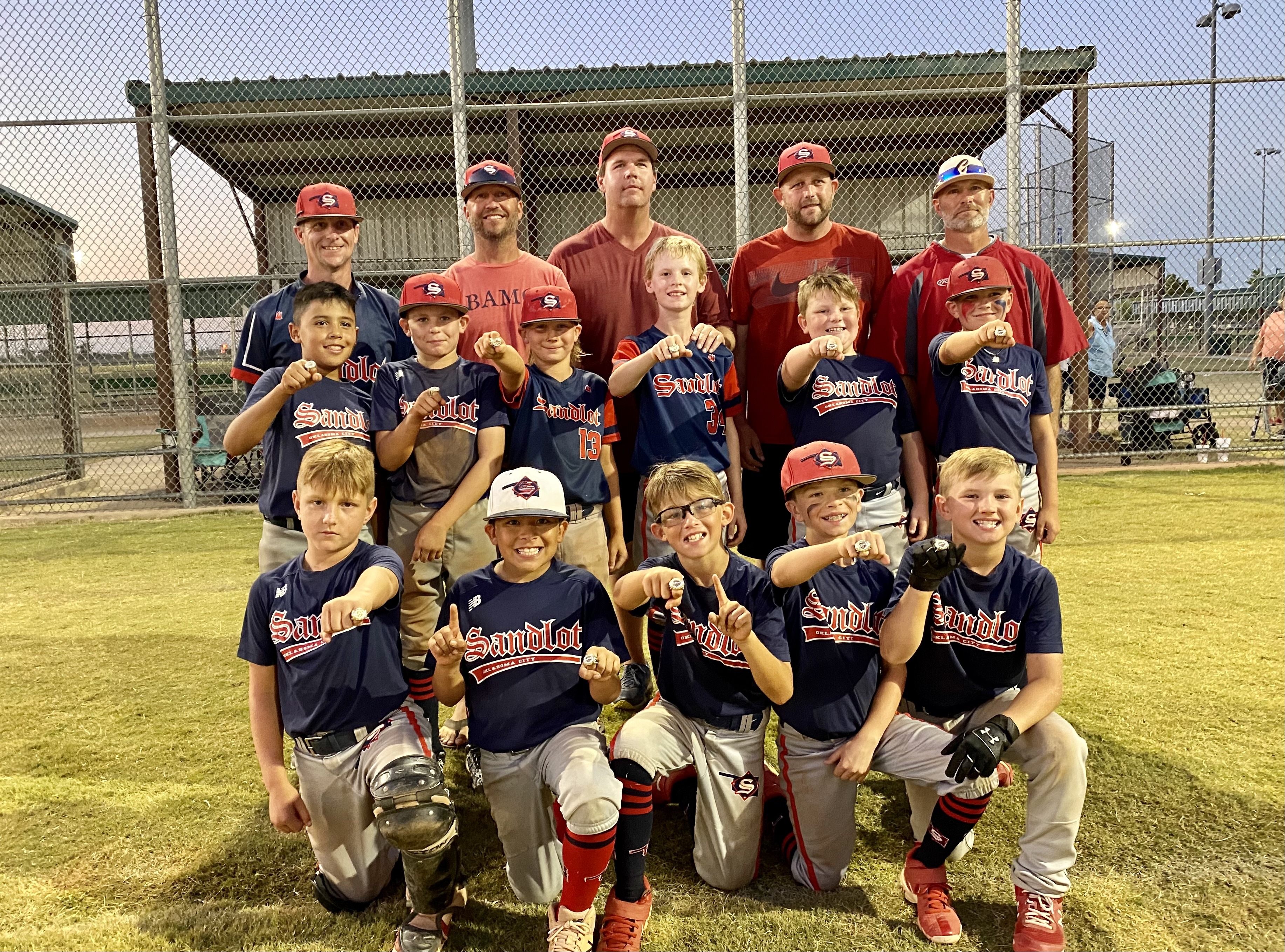 Over September 18-19, 2021 the OKC Sandlot 10U team played in Mustang’s Western Days in Mustang, OK.  The boys shut out their two opponents in pool play, racking up 20 runs in the first two games.  Earning the number 1 seed in their pool, the boys moved into brackets with one goal in sight!   Trailing in the 2nd inning, the boys drew in runs and took the lead, stealing an impressive 22 bases during the game!   The next game was just as exciting, the boys drove in 5 runs moving into the 3rd inning and collecting 3 more in the bottom of the inning…which sealed the deal and allowed the boys to advance to the championship!  Might as well call these boys the “come back kids” as they were trailing in the bottom of the 2nd inning 4-6.  Barter on the mound and support of the defense- Sandlot shut down the visitors option to score additional runs in the 3rd.  Candelaria’s clutch triple drove in 3 runs and then scored on a pass ball–the Sandlot guys finished the game 8-6!!

Congratulations on another tournament WIN 10U!

They know how to battle and fight through adversity!  Great job guys!