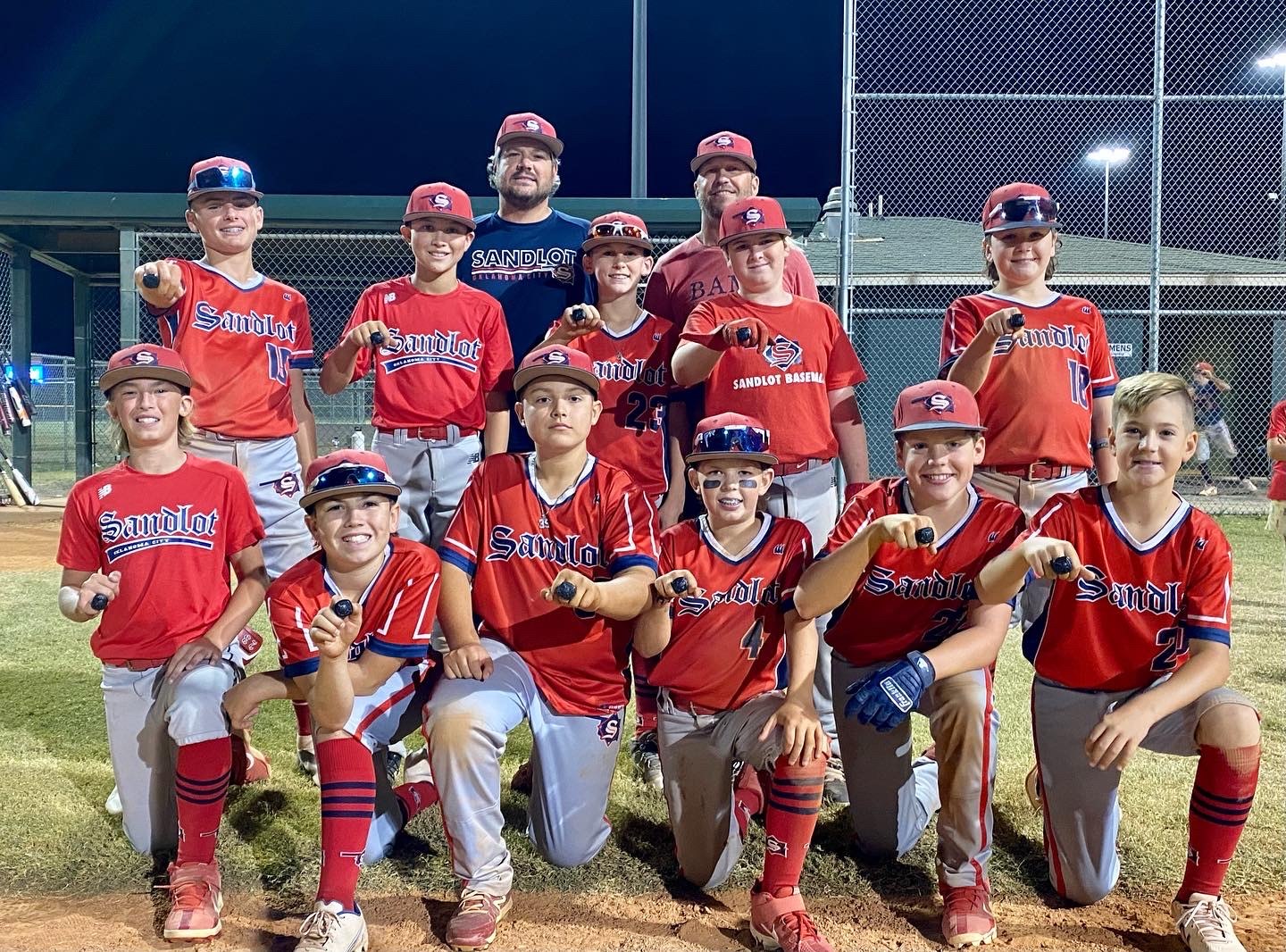 The OKC Sandlot 12U Blue team played in the Fall Classic in Moore, OK this past weekend.  During game 1 of pool play, the boys were trailing 2-5 going into the third…Mayhew homered on a 1-2 count, scoring 3 runs!  In game 2, the boys fought hard and claimed the game in the 4th inning!  Earning a spot in the Gold Bracket, the boys won the first game and proceeded to the championship game.  Staying 1-1 throughout 4 innings, this tight-competitive game found itself going into the 6th inning to name a champion.  A walk-off single, clinched the game and earned another tournament win for the 12U Blue team!