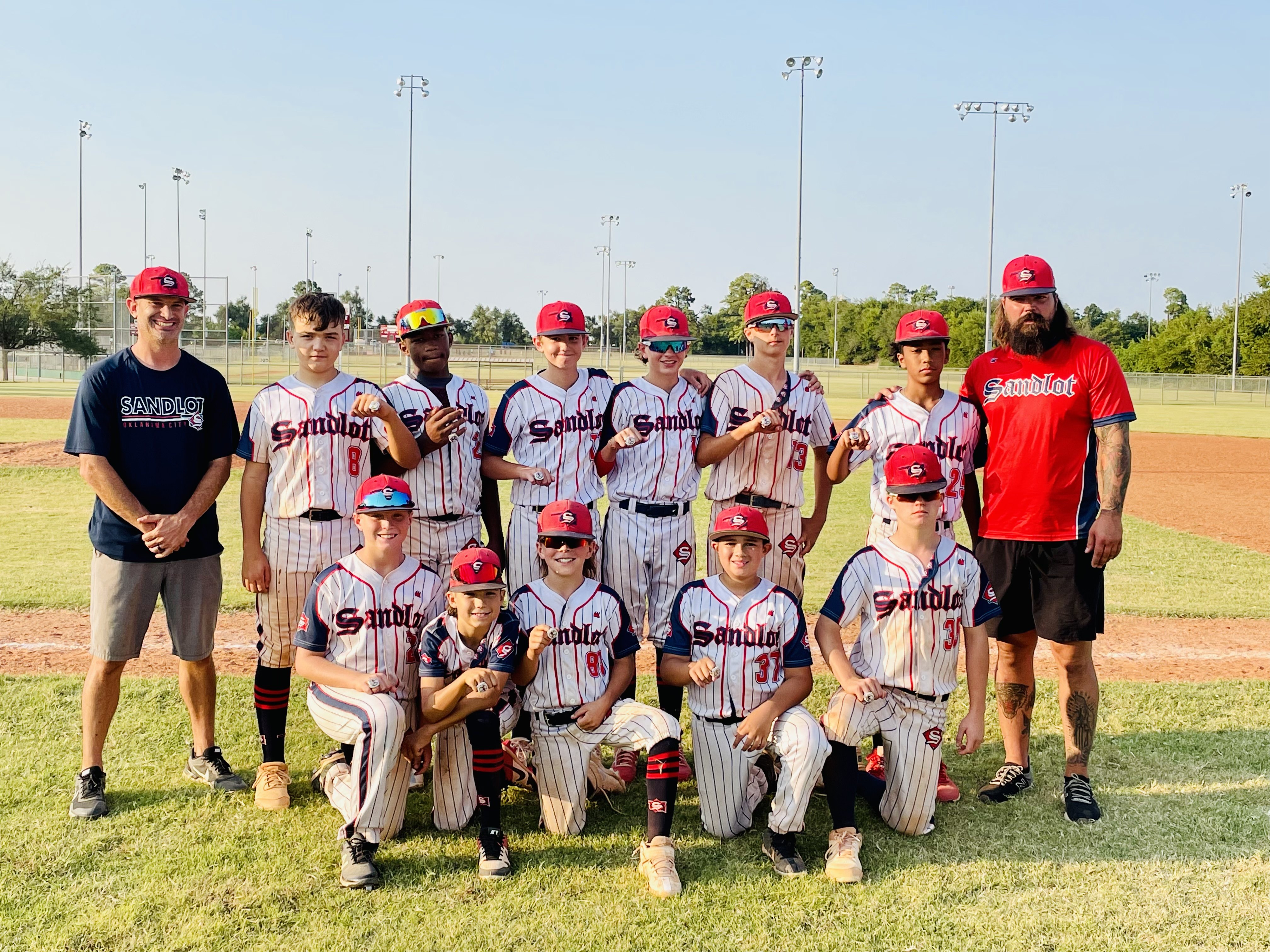 OKC Sandlot Rogers 13U spent the weekend of September 10-12, 2021 playing in the Moore/Norman “Swinging for the Fences” tournament.  They finished Saturday pool play going 2-0 and earning the #2 seed heading into bracket play.  Starting bracket play on Sunday, the boys found themselves down early but continued to grind away.  The boys eventually put together a rally to earn the win and advance.  They carried that momentum into the semi-final game and cruised to an 8-0 win!  This was lead by great pitching, defense, and hitting.  They battled it out in the championship game and after a long weekend of baseball, the guys finished as runner-ups!  This was the first time playing on a 60/90 field and the coaches could not be any more proud of how well they did!