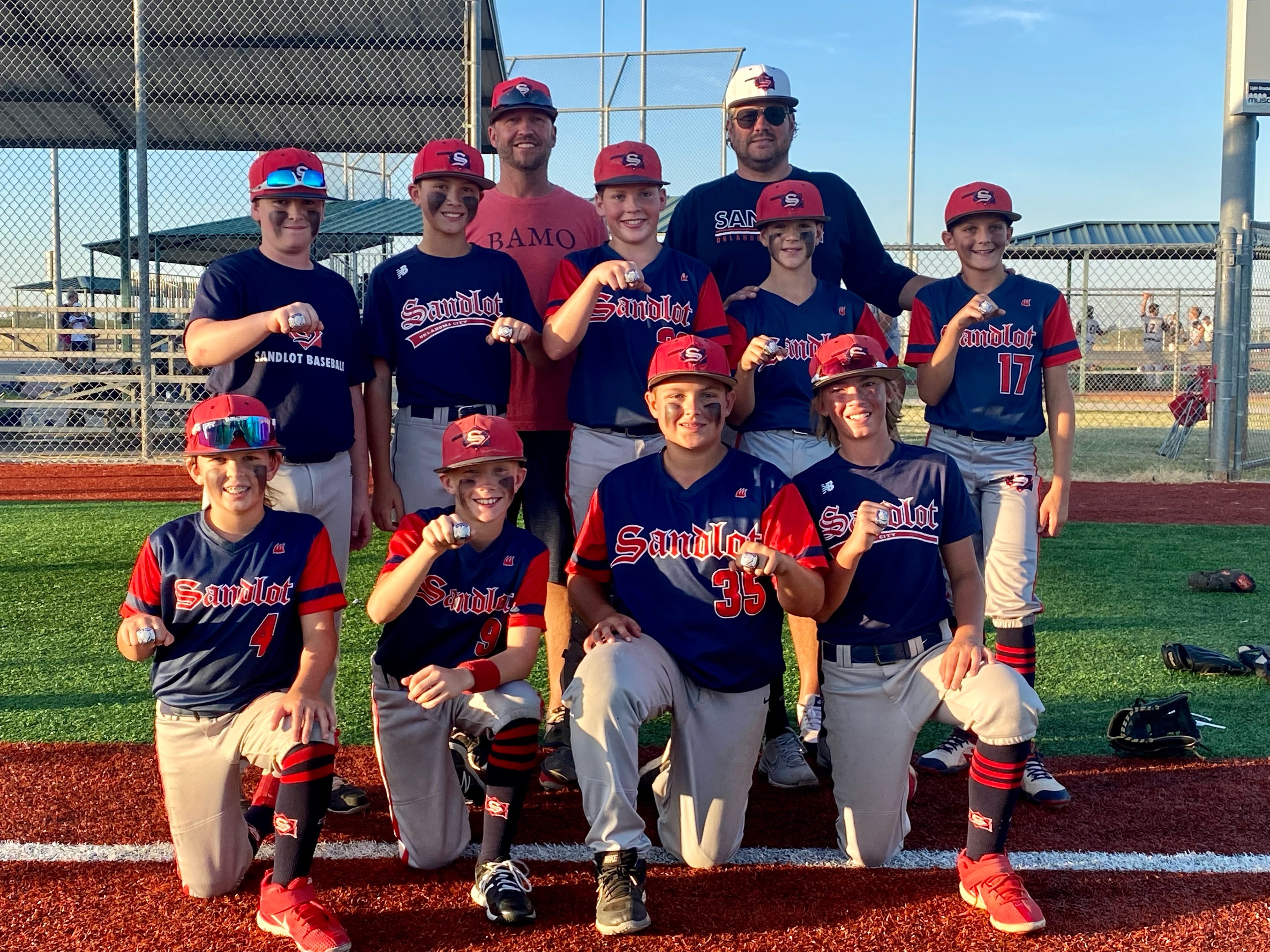 The OKC Sandlot 12U Blue team traveled west to Elk City this past weekend to play in the Elk City Fall Classic.  Starting their pool play the boys finished game 1 in a tie.  In game 2, B. Morton faced only 11 batters on the mound and allowed 1 hit.  The boys dominated-winning 9-1.  Moving into bracket play, the crew ran off with a lead late in the game in an 8-7 victory.  Earning their way to the championship game, the guys stole the lead late, the bats were on fire and so was the ground with all the stolen bases! Blue defeated their opponent 5-3.

This team is on fire! Great job men!