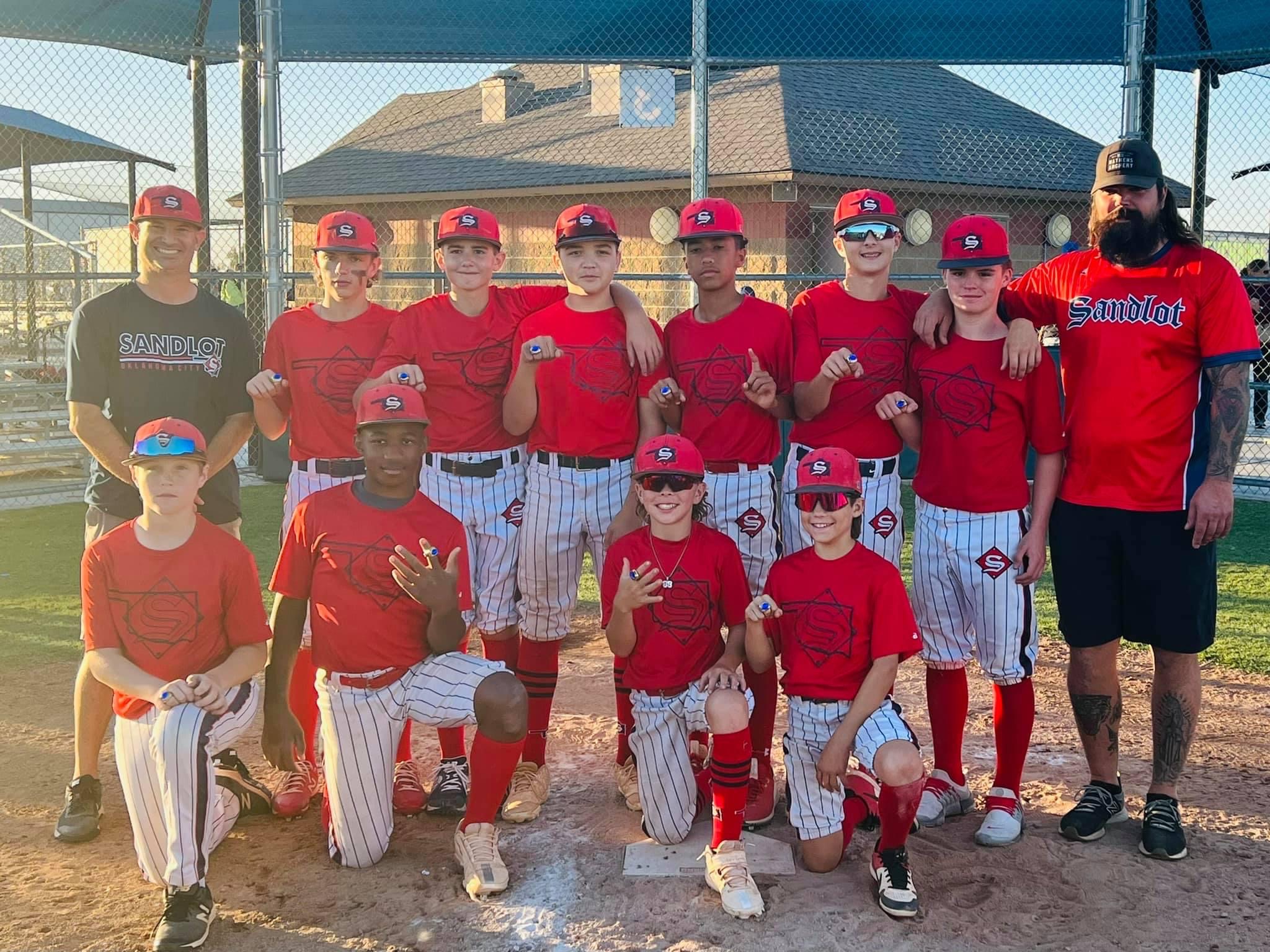 OKC Sandlot 13U-Rogers spent their Sunday of fall break playing ball and won the BMAC Fall Break Shootout 14U tournament in Perry!  In their first game of the day, the boys were down 7-2 with 2 outs and down to one final strike before mounting a remarkable 6 run comeback to win it 8-7 after a bases loaded 2-run walk-off single!!  They carried that momentum into the next game and behind some great pitching were able to secure a 2-0 shutout victory to advance to the semi-finals.  In the semi-final game, the boys were down 4-0 heading into the last inning before this resilient group of kids started their comeback.  They scored 5 runs in the inning behind some clutch hits and one monster home run.  Their opponent was able to get the lead runner on in the bottom of the inning, but the victory was locked in when Sandlot pitchers struck out the next 3 batters!  In the championship game the team rallied behind good pitching and defense and brought home those gold rings with a 3-2 victory!

The team was challenged with playing up against older competition and they accepted that challenge and ran with it!