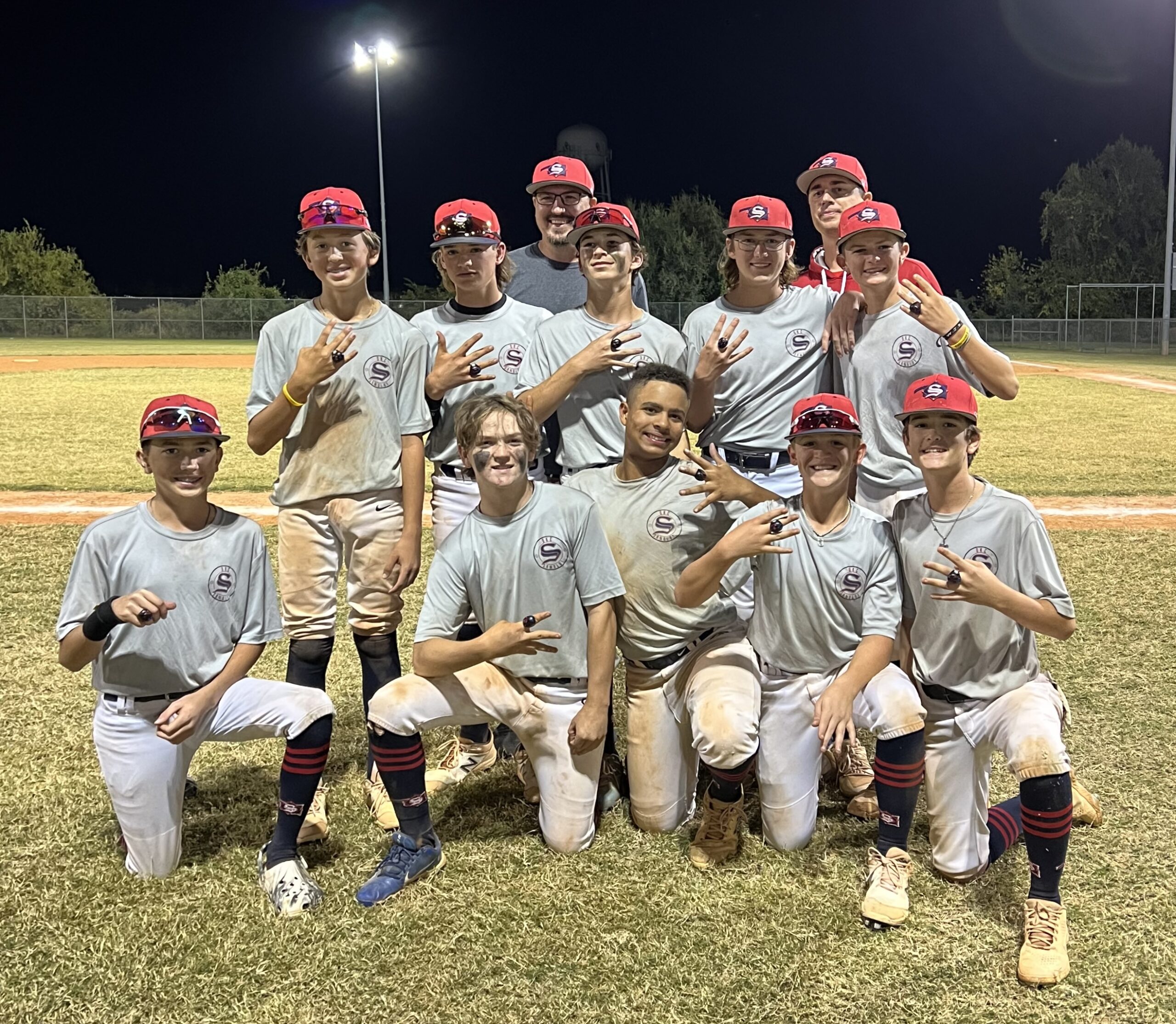 The OKC Sandlot 14U-Parkhurst boys win again!  They played in the Haunt the Park tournament in Norman.  The lights came on and the bats came live!  After a roaring comeback just after the sun set in the last inning of the semi-finals of the silver bracket, the 14U Parkhurst team was primed and ready to explode in the finals.  Behind outstanding pitching with 9 strikeouts and 1 walk, there were plenty of barrels to be found as the team managed 11 hits and 8 RBIs, in another dominant finals performance.  These guys really know how to complete and play as a team!

Keep it up fellas!